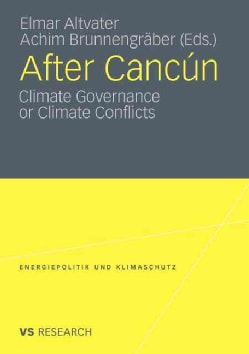 The world is facing several serious challenges at the close of the fossil and nuclear energy regime: the limited resources of cheap conventional oil can only be surmounted by tapping unconventional oil reserves, e.g. deep sea oil. The explosion of the oil platform Deepwater Horizon in 2010 and the subsequent oil spill caused enormous damage, which even a year later cannot be fully estimated. Another even more important threat emanating from the fossil and nuclear energy regime has been brought to our attention by the Fukushima disaster. Last but not least, the problem of climate change caused by an increase in greenhouse gas emissions is looming, despite the fact that the international community has agreed on a considerable reduction of these emissions. Is this poor result of the Kyoto Protocol and the failure of successive climate conferences the consequence of a preference for the use of market-based instruments? The majority of climate scientists, economists, and politicians believe in the efficiency of cap-and-trade regulations. They even conceive them as a constituent ingredient of a Green New Deal or Global Green Recovery. The contributions in this volume provide a critical examination of the theoretical foundations, the political implications, and the empirical experiences of the application of market mechanisms and financial instruments to climate policy.

Permalink to ‘After Cancun: Climate Governance or Climate Conflicts (Paperback)’